For those of you who want to experience London’s glitz and glam, then there is a wide range of different tours you can take. From music locations and movie sets to an up-close experience with your “idol”, London has it all!

Hundreds of films have featured London over the years, including James Bond, Bridget Jones and much more.  Cinema lovers should consider the tours offered by the Brit Movie Tour company and their numerous options.  Romantic Comedies (ie Bridget Jones) fans can opt for the “Rom-Com London Tour”, while the “London Film Locations Walk” is more up your street if you have a preference for action-packed adventures.  The Walk showcases locations from films such as Da Vinci Code, Skyfall and Johnny English.

For a more child-friendly experience, the Paddington Bear Tour will take you through all the site from the story including Paddington Station where he was first found. Tour prices vary, and ranges from £12 to £27 (approx 15 to 35 USD), a definite bargain for cinema fans! 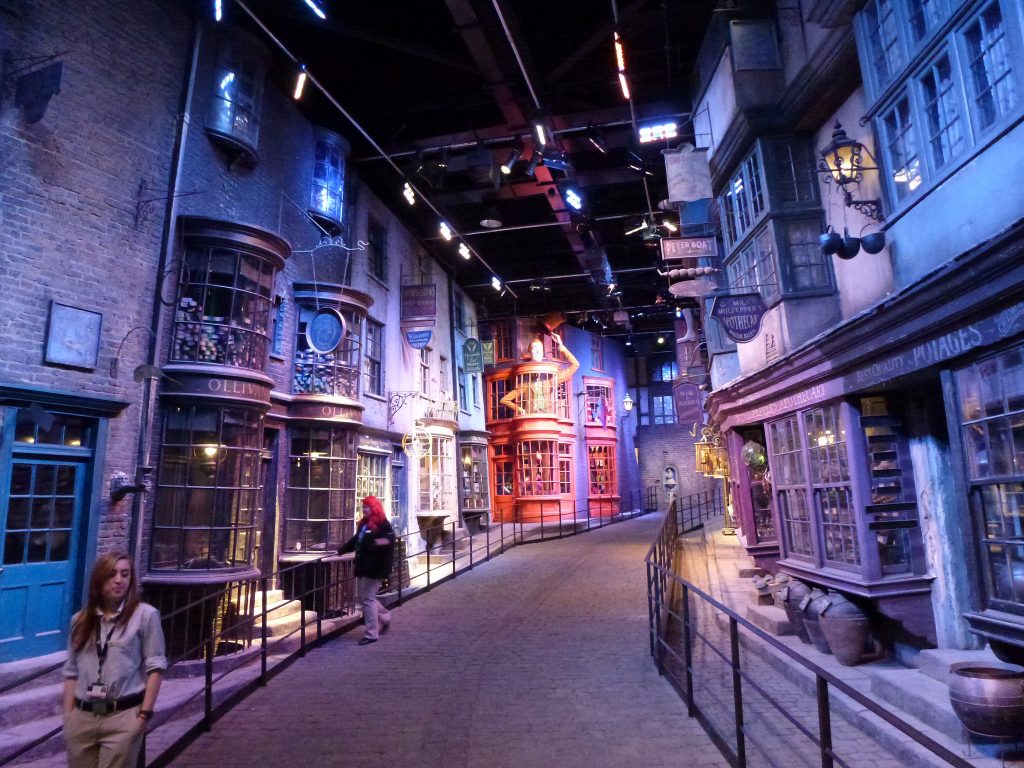 Did you know that many of the locations featured in the renowned and hugely successful Harry Potter franchise are situated in England?  Over the years of filming, Warner Brothers collected their unique props, costumes, and sets, gathering all of it into a single studio. With the release of the series finale “Harry Potter and the Deathly Hallows Part 2”, Warner Brothers opened the Warner Brothers Studio featuring everything from the film series, allowing Potterheads an immersive Hogwarts experience.

The tour costs £37 per adult (approx 48 USD)and offers a digital guide in 9 languages so that Potterheads from around the world can enjoy it. Real life sets such as the Great Hall and Diagon Alley are must-see attractions.  But also don’t forget popular food and drinks featured in Harry Potter, from butter beer to Bertie Botts Every Flavour Beans, fully immersing you in the world of witchcraft and wizardry.

For the music fans out there, London enjoys a rich music history, creating and housing some of history’s most iconic bands, such as The Beatles.

The Beatles VIP tour is narrated by one of the hairdressers for the band, Leslie Cavendish, who will give you some personal and exclusive insight into the lives of each band member.

Some of the locations include the iconic Abbey Road, the Beatles Apple Shop and Ringo, John and Yoko’s apartment. But other places such as Jane Asher’s Cake Shop and the location where SGT’s album cover of taken are also available for an extra cost of £75 (97 USD). The tour can be taken in any way depending on your preference and budget ranging from traditional walking or bus tours to a luxurious Rolls Royce journey. This tour is available for private groups at the cost of £350 (approx. 450 USD) and above for one to three people.

See all your favourite celebrities at At Madame Tussauds!  With hundreds of realistic, handmade wax figurine replicas of famous people ranging from Hollywood celebrities to world leaders, you’ll be able to experience what it’s like to walk among the stars.

The idea for the museum was created by Madame Tussauds herself after she inherited her first ever wax exhibition from Dr Philippe Curtius in 1794. Now there are over 20 museums around the world making It a world-renowned name and a must-see place. Each museum is unique to its location, for example, the London museum features British Youtube celebrities Zoe Sugg and Alfie Days in the exhibition. Entrance fees range from £29 to £70 (approx 37 to 90 USD) if you would like a VIP access.