http://london.com/index/ THE BEST PLACES FOR AFTERNOON TEA IN LONDON- Your adventure begins here

THE BEST PLACES FOR AFTERNOON TEA IN LONDON

The traditional British pastime of afternoon tea came into being in 1840. The Lady Anna Russell (later the seventh Duchess of Bedford) had felt a little hungry in the late afternoon and asked for a selection of food to satisfy her. Now, her sudden hunger evolved to become an important part of England’s heritage served in many different varieties and styles. 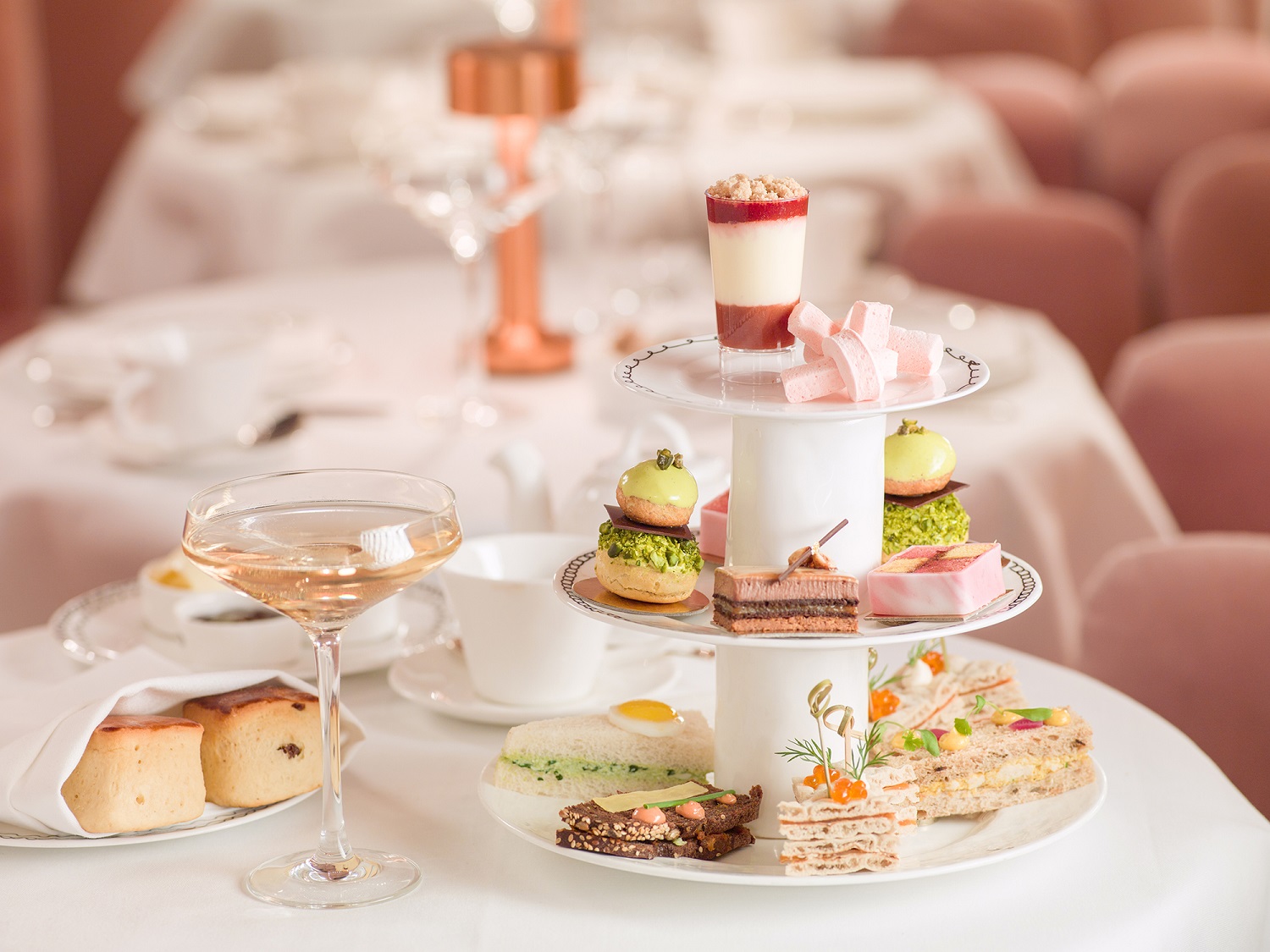 Disguised as a Mayfair townhouse little different from those around it, Sketch is known as a luxurious but unique style that would give an experience far different from your traditional tea. The restaurant has four rooms with each providing a different dining experience, but it is their pink room (known as “the Gallery”) that is best known for their afternoon tea. Featuring utensils and artwork designed by the British artist David Shrigley, the artistic touch within the Gallery at Sketch is simply alluring. Another option for afternoon tea is the Glade, a forest wonderland.

The afternoon tea itself is a little on the pricey side, but with luxury flavours such as Caviar and Macaroons, you’ll feel like the Queen of England herself! 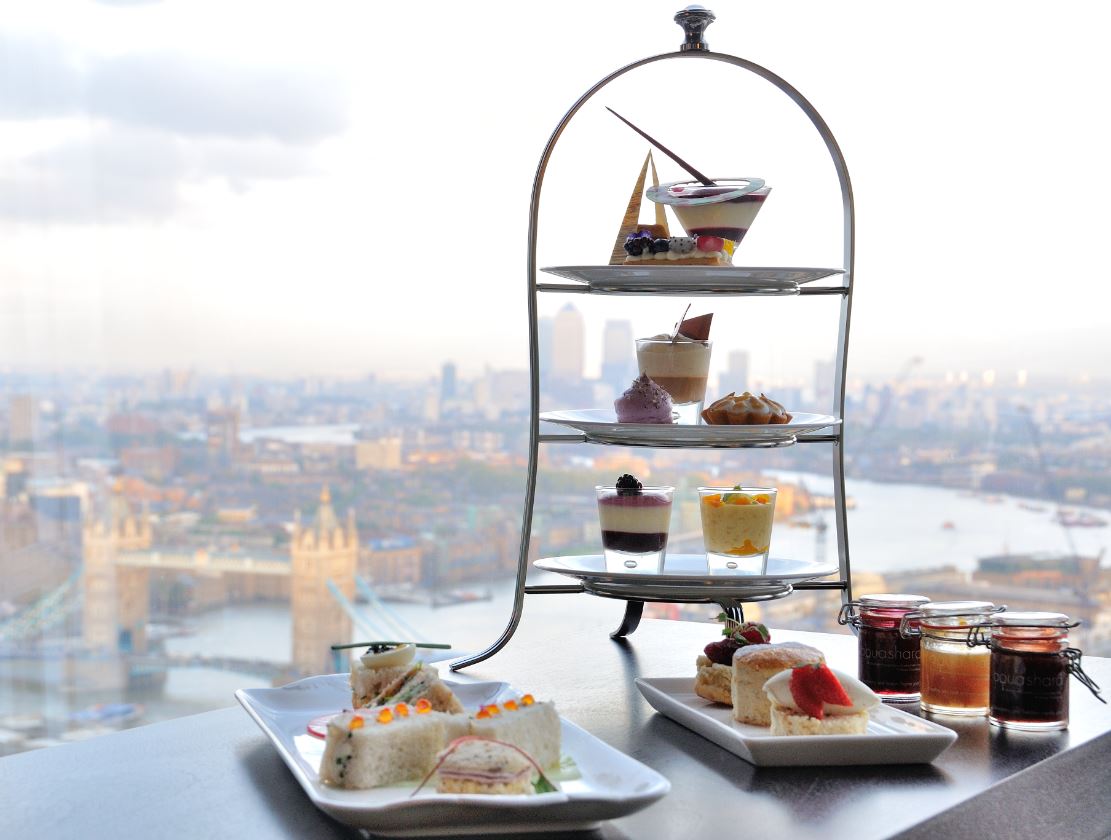 Situated on the 31st floor of the Shard, one of the newest additions to London’s skyline, Aqua Shard offers panoramic views of the city in a modern and minimalistic atmosphere.

The tea set is a simple but traditional, with homemade finger sandwiches, scones with jam and clotted cream and a wide selection of sweet treats. You can also choose to add a little glamour to your afternoon by including a glass of champagne with the set as well. The Shard is located just a short walk away from to the London Bridge tube station, making it easy to find if you’re experiencing the city for the first time. 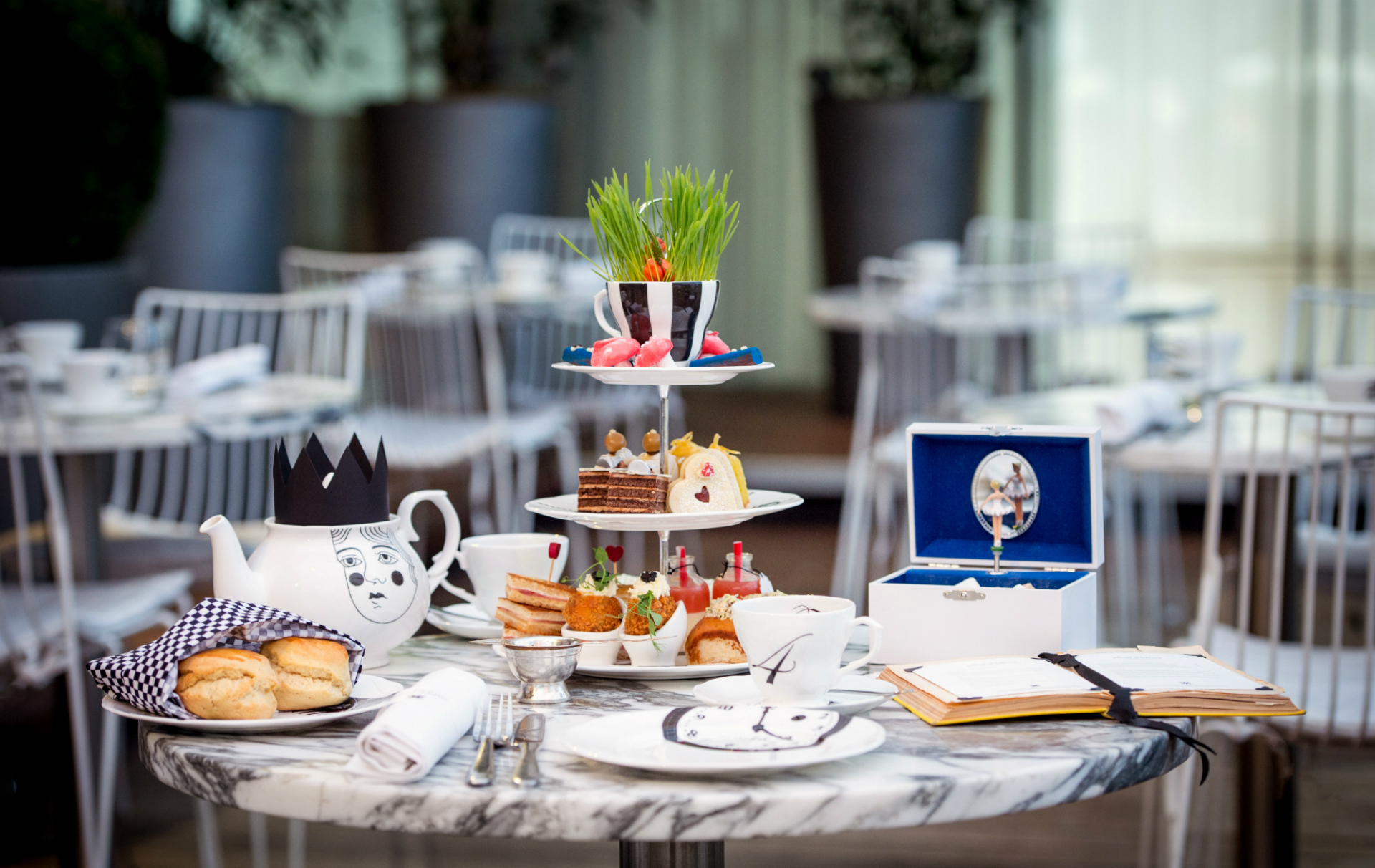 Relive your childhood with an exciting afternoon tea at the Mad Hatters Afternoon Tea at the Sanderson Hotel. There are cakes themed after characters from the traditional Alice and Wonderland story such as Mad March Hare vanilla pocket watch macaroon. Hidden surprises may also appear from your table décor!

These added touches will make it hard not to be transported down the rabbit hole into a world of magic and mayhem. What’s more, the exact ensemble of delicacies changes seasonally, leaving room to surprise you again and again.

Thames Foyer at the Savoy 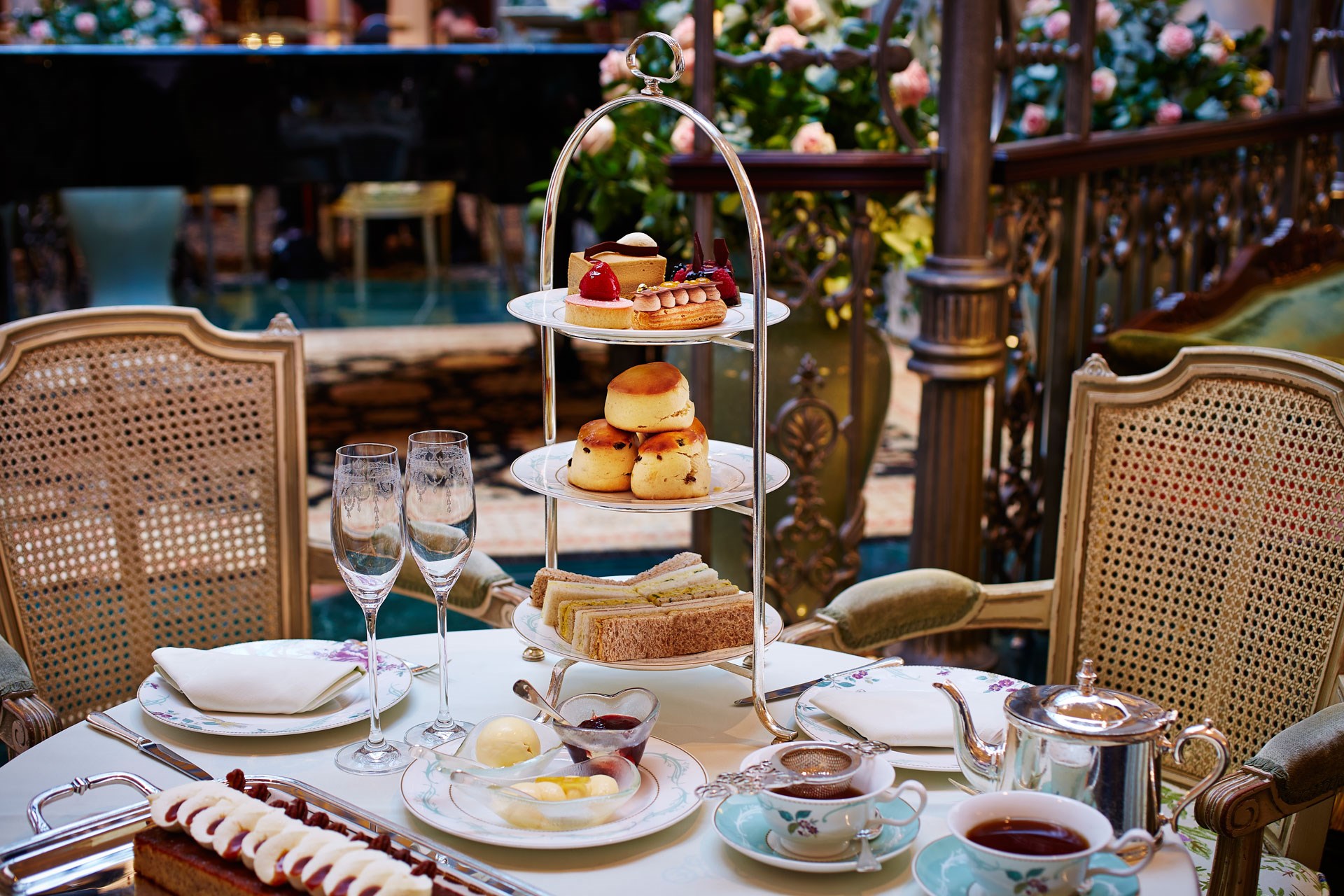 Situated in the popular Covent Garden, you’ll find Savoy Hotel’s The Thames Foyer. With a beautiful glass-roofed restaurant bringing in natural light, you can enjoy al-fresco dining all year round regardless of the weather.

The Thames Foyer offers a themed afternoon tea set that reflects different eras and people from English history. The tea set itself changes according to the theme at the time, but will always in include traditional scones and finger sandwiches. It also features a glamorous décor and live pianist performances that will make you feel like royalty.